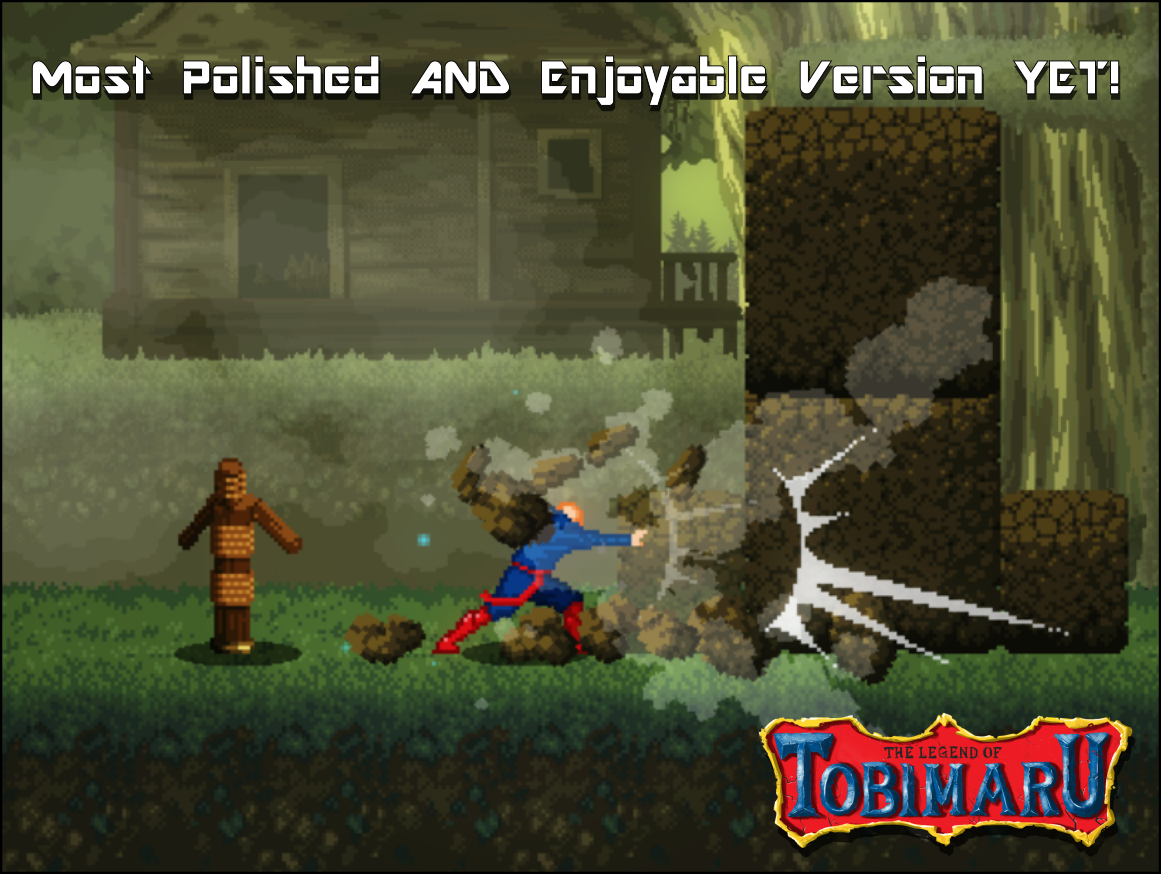 A new version of the demo's up. There are few very important updates in the new build.

It actually took me an entire week to reduce flickering of drop shadows.  It made me feel like an incompetent bastard. I thought it would only take an hour to fix the damn thing, but I quickly realised that it was caused by a bit of code in the script that did all the physics calculations and collision detections which was easily the most complicated one in the entire project. I had to spend few days on just re-learning how it all worked, and then few more days on coming up with a solution and actually doing it. Glad it's all fixed though.

I've also done quite a bit of "small jobs" that were bugging me for a while like reducing the frequency of camera jumping around to follow Tobimaru.

This build is easily the most stable, and enjoyable version of the game. If you download it and play it, let me know what you think!

Get The Legend of Tobimaru